Skip to content
Homepage / Discuss / When should I use hstack/vstack vs append vs concatenate vs column_stack?

When should I use hstack/vstack vs append vs concatenate vs column_stack?

Simple question: what is the advantage of each of these methods. It seems that given the right parameters (and ndarray shapes) they all work seemingly equivalently. Do some work in place? Have better performance? Which functions should I use when?

All the functions are written in Python except np.concatenate. With an IPython shell you just use ??.

If not, here’s a summary of their code:

In other words, they all work by tweaking the dimensions of the input arrays, and then concatenating on the right axis. They are just convenience functions.

That is, it expands the dims of all inputs (a bit like np.expand_dims), and then concatenates. With axis=0, the effect is the same as np.array.

np.block is also new. It, in effect, recursively concatenates along the nested lists.

numpy.hstack: Stack arrays in sequence horizontally (column wise).Equivalent to np.concatenate(tup, axis=1), except for 1-D arrays where it concatenates along the first axis. example see:
https://docs.scipy.org/doc/numpy/reference/generated/numpy.hstack.html

append is a function for python’s built-in data structure list. Each time you add an element to the list. Obviously, To add multiple elements, you will use extend. Simply put, numpy’s functions are much more powerful.

In IPython you can look at the source code of a function by typing its name followed by ??. Taking a look at hstack we can see that it’s actually just a wrapper around concatenate (similarly with vstack and column_stack):

So I guess just use whichever one has the most logical sounding name to you.

If you have two matrices, you’re good to go with just hstack and vstack: 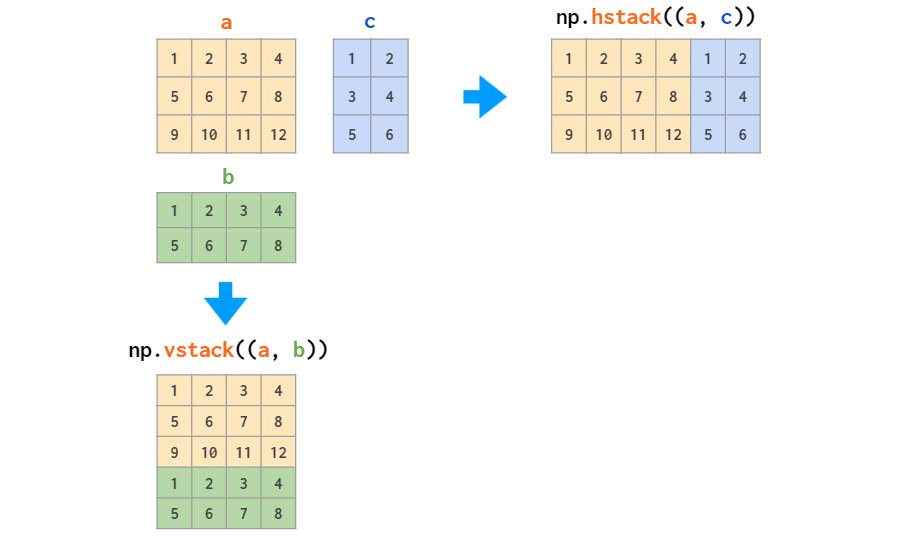 If you’re stacking a matrice and a vector, hstack becomes tricky to use, so column_stack is a better option: 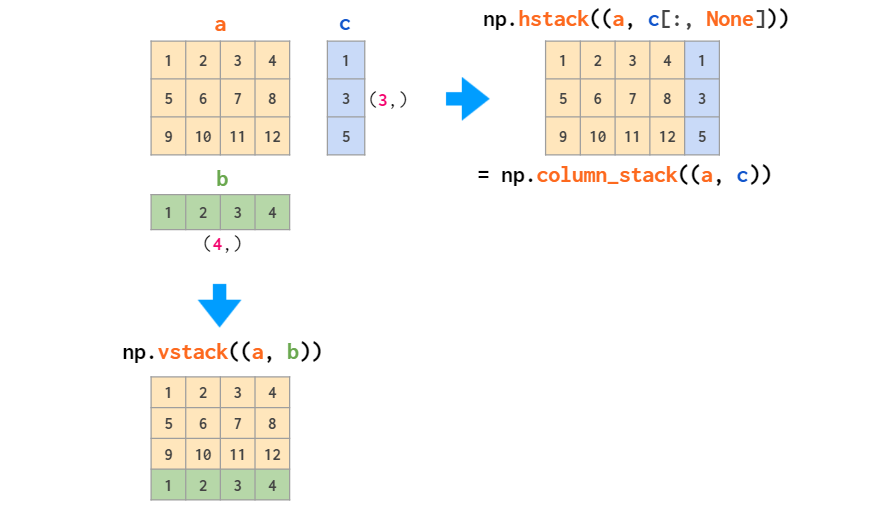 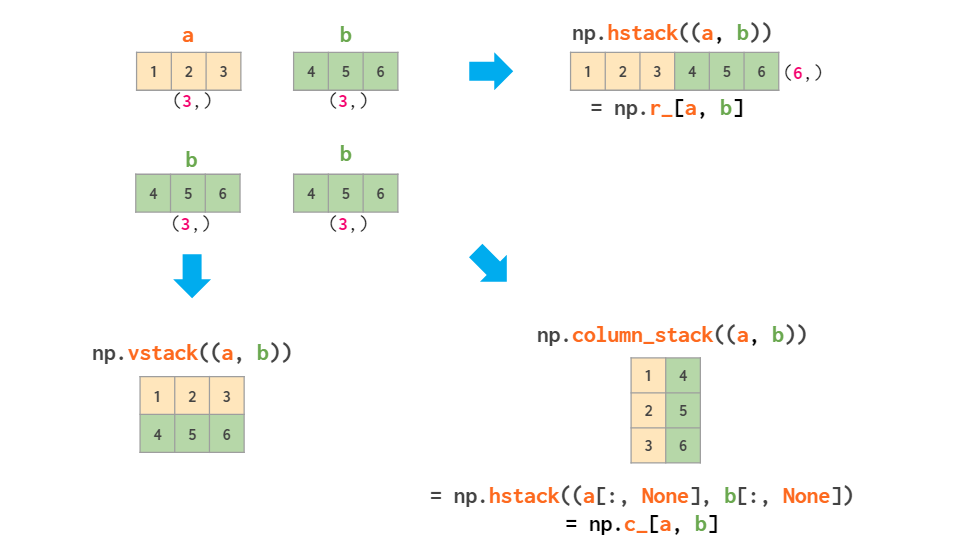 And concatenate in its raw form is useful for 3D and above, see
my article Numpy Illustrated for details.

Plotting a 2D heatmap with Matplotlib

How to use a Scala class inside Pyspark