R and Python in one Jupyter notebook

Is it possible to run R and Python code in the same Jupyter notebook. What are all the alternatives available?

Which of above 3 options is reliable to run Python and R code snippets (sharing variables and visualizations) or is there a better option already?

Yes, it is possible! Use rpy2.

Then run %load_ext rpy2.ipython in one of your cells. (You only have to run this once.)

Now you can do the following:

And you’ll get your pretty figure plotting data from a python Pandas DataFrame.

Using @uut’s answer for running R in a jupyter notebook within python kernel (in MacOS), the following worked for me.

The following is the right way: 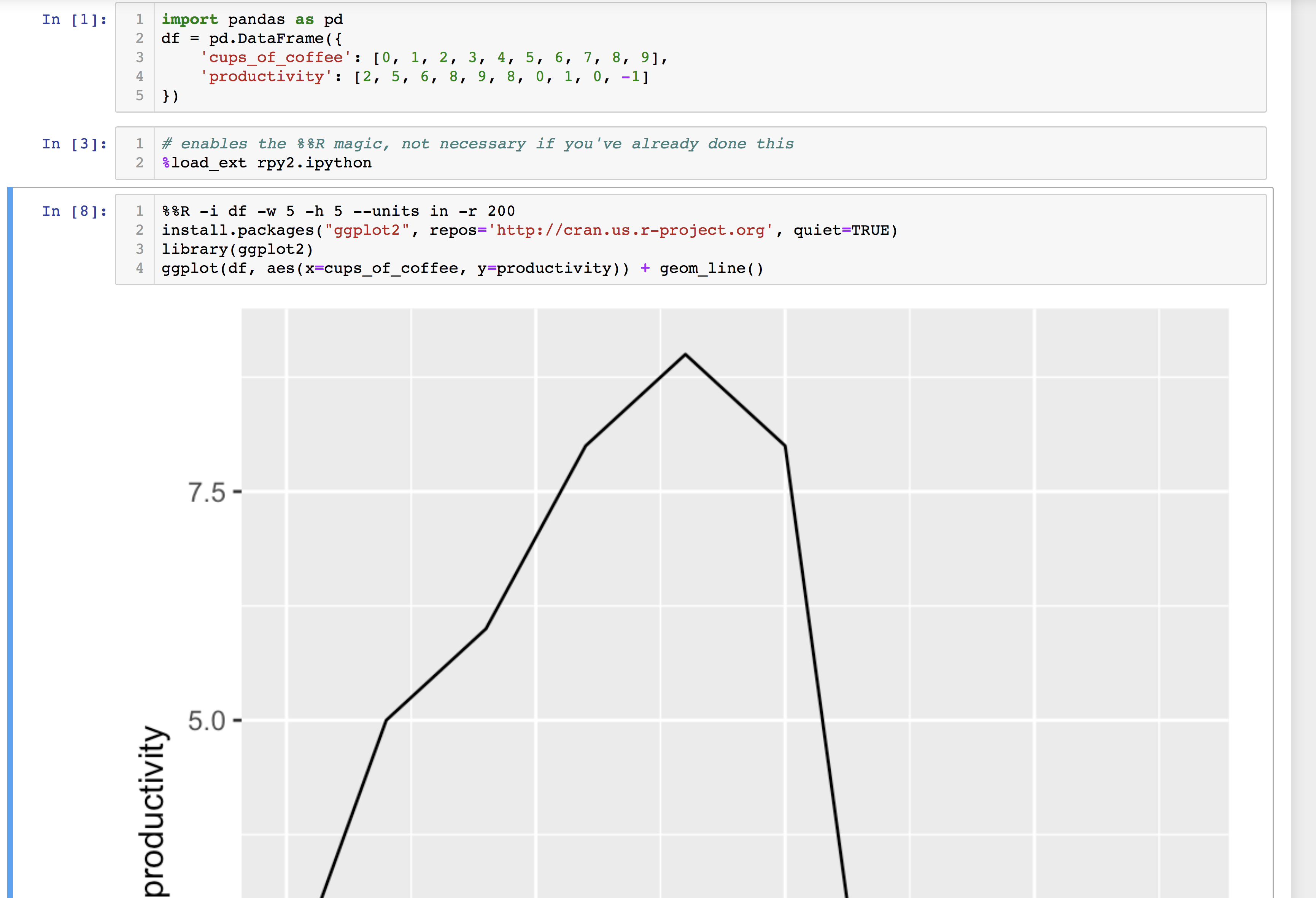 Also %load_ext rpy2.ipython should come before %%R hence put it in a different cell above it as shown in the figures.

RStudio has also put out a package:
https://blog.rstudio.com/2018/03/26/reticulate-r-interface-to-python/

for which it is possible to run multiple code chunks in different languages using the R markdown notebook, which is similar to a jupyter notebook.

I haven’t used it myself but it looks promising

SoS kernel is another option.

Don’t know how well it performs yet, just started using it.

The SoS kernel allows you to run different languages within the same notebook, including Python and R.

Here is an example of a notebook with Python and R cells.

In terms of sharing variables, one can use the magics %use and %with.
“SoS automatically shares variables with names starting with sos among all subkernels”1.

I would not recommend to use two languages in a single Notebook. Instead, you can orchestrate R and Python code in project level by connecting them on inputoutput file base. Data science tools like DVC can help you in order to do that.

You might find some code examples in this blog post: Best practices of orchestrating Python and R code in ML projects

If Python is interpreted, what are .pyc files?