Skip to content
Homepage / Discuss / How to set environment variables in PyCharm?

How to set environment variables in PyCharm?

I have started to work on a Django project, and I would like to set some environment variables without setting them manually or having a bash file to source.

I want to set the following variables:

I have read this, but that does not solve what I want. In addition, I have tried setting the environment variables in Preferences-> Build, Execution, Deployment->Console->Python Console/Django Console, but it sets the variables for the interpreter.

You can set environmental variables in Pycharm’s run configurations menu.

I was able to figure out this using a PyCharm plugin called EnvFile. This plugin, basically allows setting environment variables to run configurations from one or multiple files.

The installation is pretty simple:

Then, I created a file, in my project root, called environment.env which contains:

Then I went to Run->Edit Configurations, and I followed the steps in the next image: 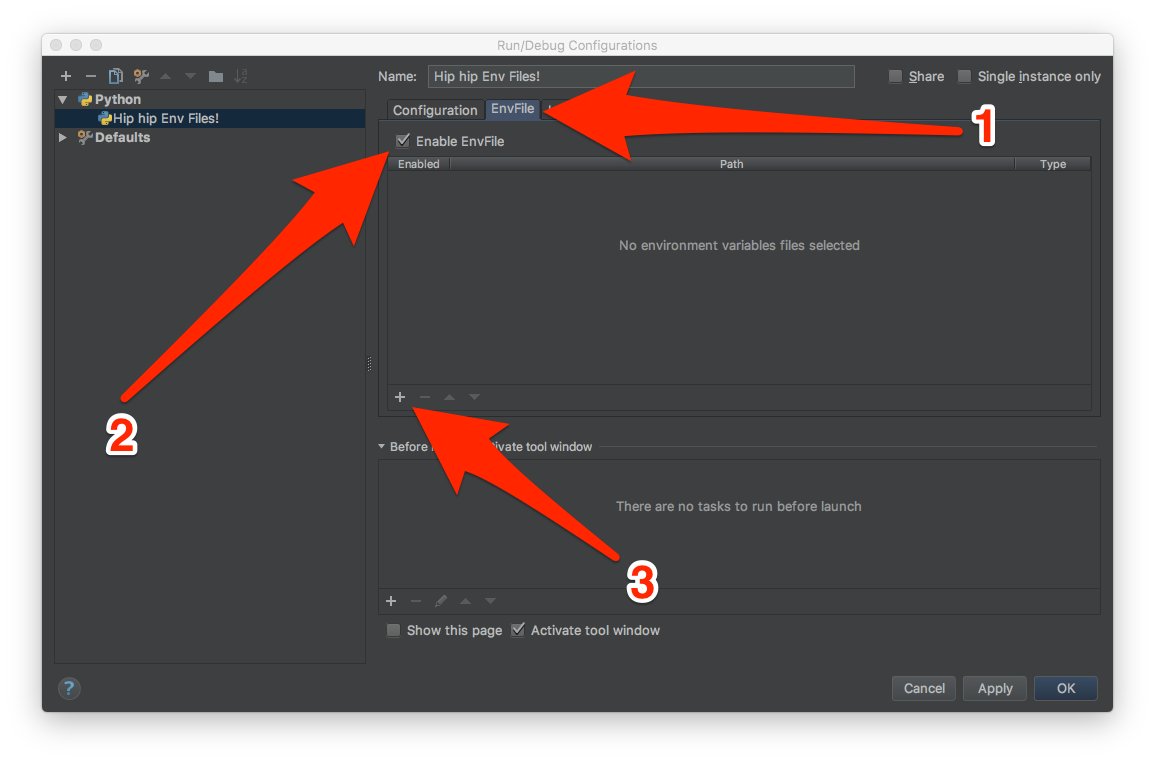 In 3, I chose the file environment.env, and then I could just click the play button in PyCharm, and everything worked like a charm.

This functionality has been added to the IDE now (working Pycharm 2018.3) 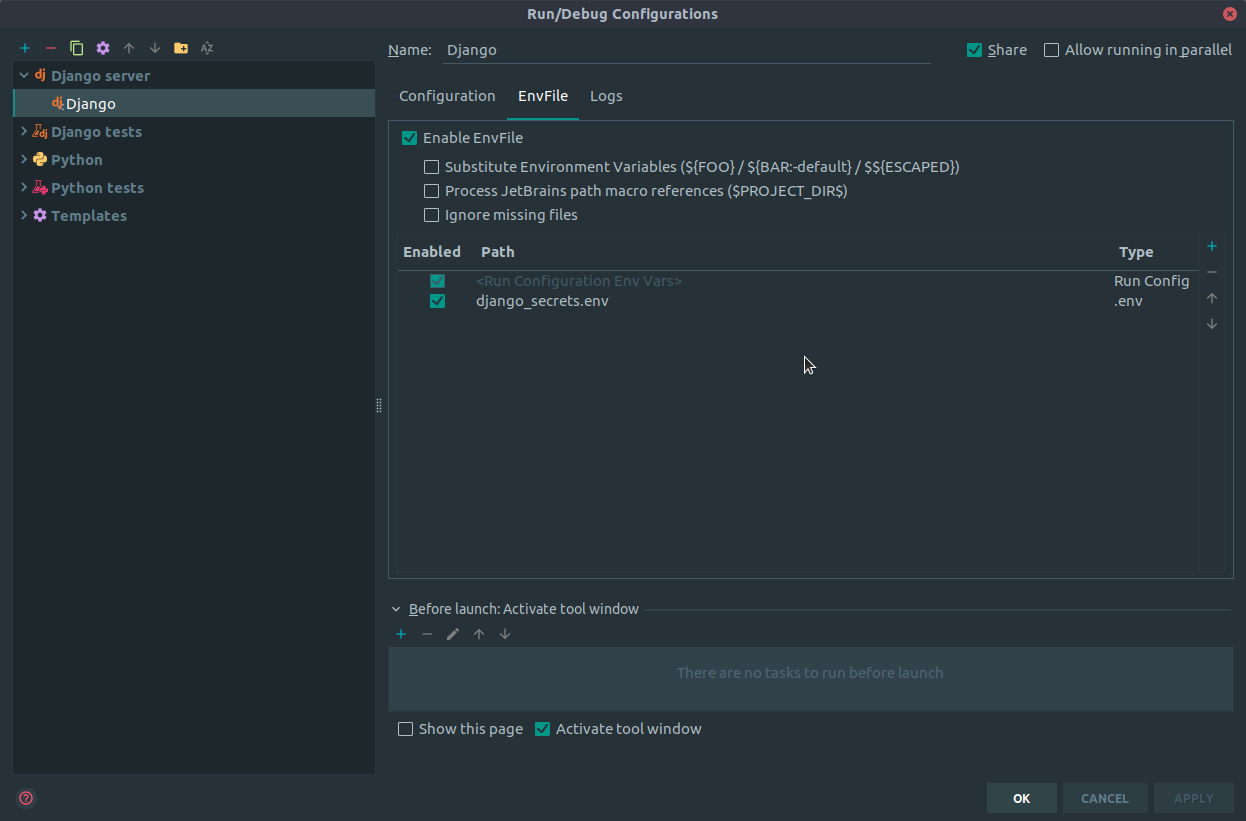 Update: Essentially the same as the answer by @imguelvargasf but the the plugin was enabled by default for me.

None of the above methods worked for me. If you are on Windows, try this on PyCharm terminal:

You can access it in your scripts using os.environ['YOUR_VAR'].

This is what you can do to source an .env (and .flaskenv) file in the pycharm flask/django console. It would also work for a normal python console of course.

The .env file can look like this:
export KEY=VALUE

It doesn’t matter if one includes export or not for dotenv to read it.

As an alternative you could also source the .env file in the activate shell script for the respective virtual environement.

Use pytesseract OCR to recognize text from an image

Launch a python script from another script, with parameters in subprocess argument